Mars was closest in early October, but I didn't have an opportunity to try to take some photos until early November 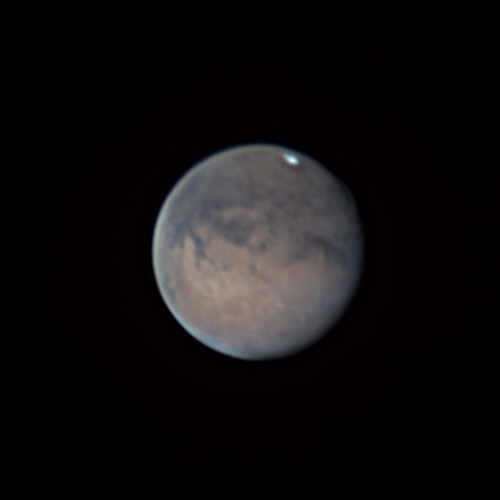 This image was taken using a ZWO ASI 290MC Colour camera and Teleview 2.5x Powermate, connected to a Skywatcher 14" Goto Dobsonian telescope. 12,294 frames were captured in 63 seconds, and the video was processed in PiPP, Autostakkert, Registax, and Photoshop.

Jupiter and Saturn both reached opposition in July this year. This is the point when the Earth is pretty much in a direct line between a planet and the Sun, so we get a  fully illuminated view of the planet.

I haven't had the telescope out much this year, but the nights were clear, and the seeing was pretty good, so it was too good an opportunity to miss...

The black disc on Jupiter is the shadow of Ganymede, one of Jupiter's moons. You can see Ganymede just to the left of the shadow. 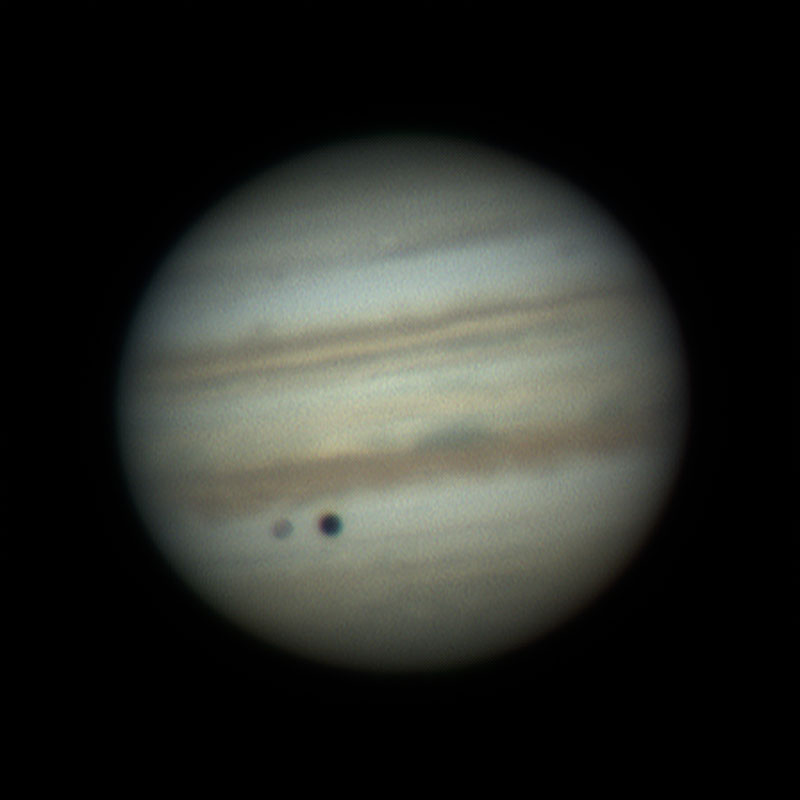 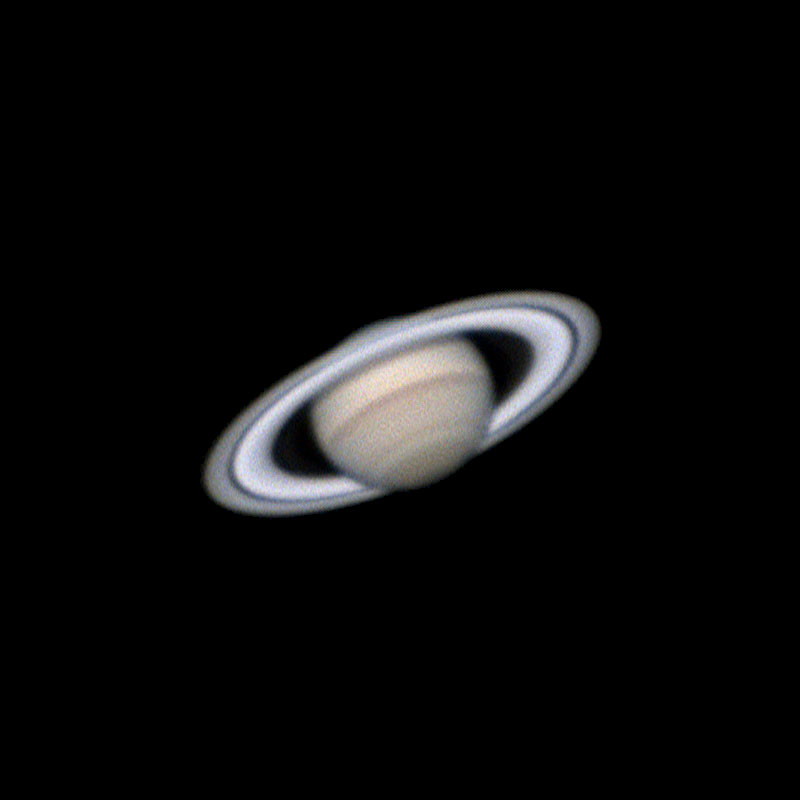 Both of these images were taken using a ZWO ASI 290MC Colour camera and Teleview 2.5x Powermate, connected to a Skywatcher 14" Goto Dobsonian telescope. Roughly 30 seconds of video was taken for each planet, at 15 frames per second, and the videos were processed in PiPP, Autostakkert, Registax, and Photoshop.

We were down at Northcote High School helping out with their latest astronomy evening, showing people Venus, Mercury, Jupiter, Mars, and Saturn, but when the moon rose over the buildings my telescope spent pretty much the rest of the evening pointing at it. Anyone with a camera on their phone was able to get great photos, even allowing for a lack of contrast - there were no shadows to highlight the craters and mountains.

What a difference 37 years makes! Back when I was first trying to take photos of the moon, using a telescope borrowed from the science department at Burwood Teachers College, and an old Pentax SLR, the focus was always hit and miss, and I could never tell whether the photos were going to be any good until the film had been developed. Now just about anyone can get much better photos, just by holding their phone up to the eyepiece, and if the shot isn't quite right you can take another one straight away.

Here's one that I took on 18 August with my phone. 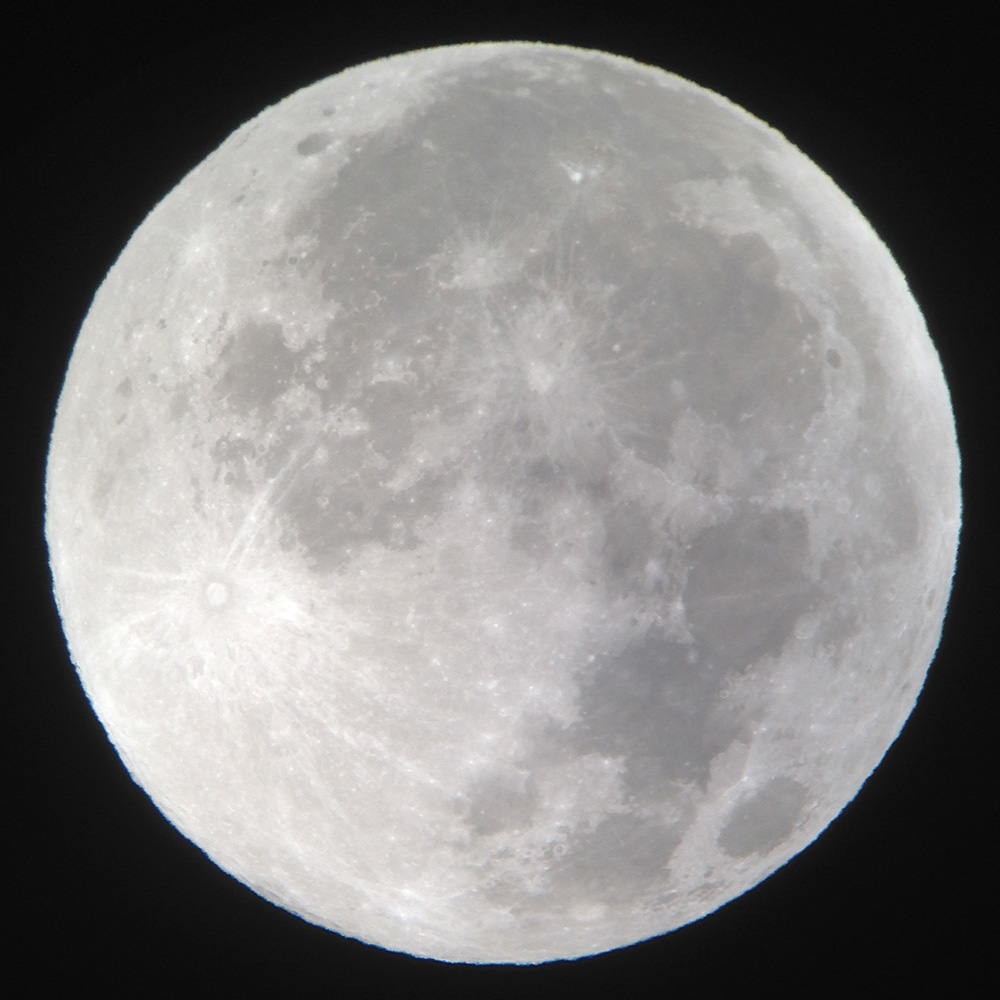 On 22 May Mars was the closest to Earth that it has been for 10 years, and I've had the best views of it that I've ever seen. Saturn and Jupiter also being in the sky at the same time is an added bonus. These were photos I took through my telescope tonight. They've not been processed at all - I wanted to keep them as close as possible to what I actually saw through the eyepiece.

I managed to get a good set of shots of the last total lunar eclipse in Australia until 2018.

20 minutes later the clouds rolled in, so all in all a pretty successful night... 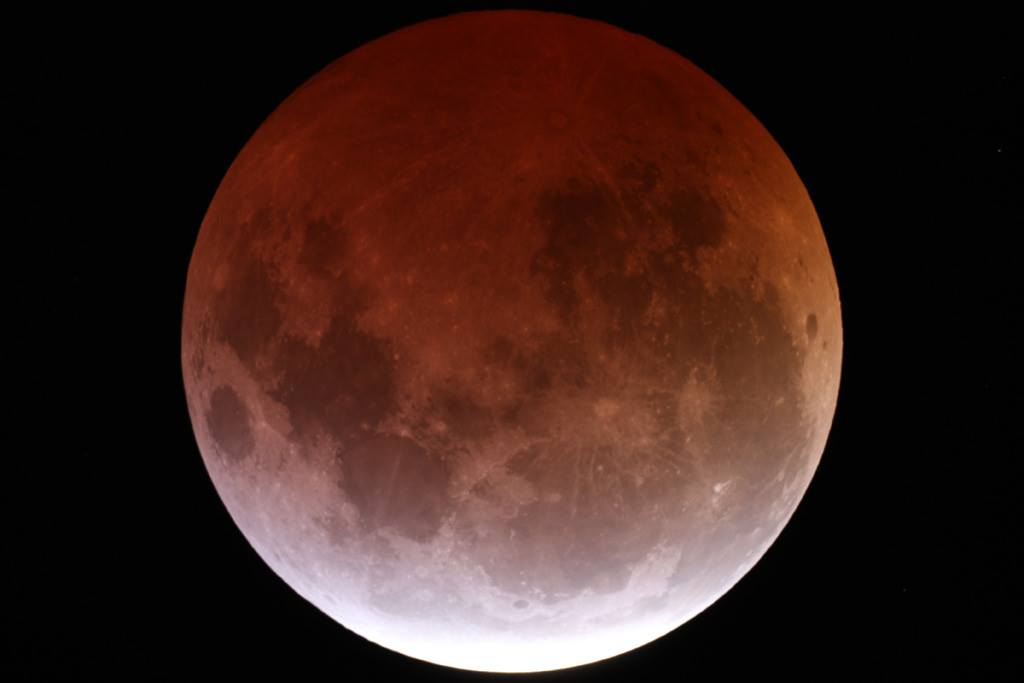 In 2014 I started taking timelapse sequences, mainly when I have been using my telescope at the Astronomical Society of Victoria Leon Mow Dark Sky Site. I am still experimenting with settings, but I am quite pleased with the results so far...

After a number of years of casual use of the 10 inch Dobsonian telescope that I built back in 2001, I dropped in at the Camberwell showroom of the Binocular and Telescope Shop to have a look at Meade's Lightbridge range of telescopes. I had read Richard Brown's review of the 16 inch model on the IceInSpace site and I wanted to see if it was as good as it sounded. There didn't seem to be all that much information / reviews online about it, apart from IceInSpace, and another review by Chris Thomase on the Cloudy Nights site. What I did read seemed all good, and within a few weeks I was the proud owner of a 16 inch telescope - with far more light-gathering power than I could possibly have imagined owning back when I was borrowing a Celestron C8 back during my days at Teachers College.

I built a Dobsonian telescope in 2001, when I was getting back into astronomy. In October 2007 I bought a 16 inch Meade Lightbridge. Many of the modifications that I made to the Meade are based on my experience with the 10 inch telescope. You can read about the Meade Lightbridge modifications here. I've since sold the Lightbridge, and have bought a Celestron CPC 9.25" Schmidt Cassegrian, as I am starting to experiment with photography of the planets and some of the brighter deep space objects.